Currently about a third of the world’s population lack adequate access to quality healthcare. Around 60% of women in Haiti still give birth at home with no medical support, which contributes to the worst maternal mortality figures in the Western Hemisphere.

HHA works to tackle this injustice by partnering with local groups to increase access to maternity and neonatal healthcare. We support the running and development of community health programs and a leading hospital in North Haiti, which employs 270 Haitian staff and treats over 20,000 patients a year.

Beyond our other key areas of maternal, infant, disability and emergency care, HHA also supports a vast range of other community health services, ensuring Haiti's marginalized communities have access to life-saving healthcare.

From 2015-17 HHA received funding from UKAID and AUSTRALIA AID, to carry out an extensive community outreach program in Northern Haiti. This project, delivered in partnership with US NGO Konbit Sante, achieved some amazing results, including:

HHA continues to provide on-going assistance for our partner Community Health Centre, which provides outpatient care and a range of other services, such as HIV screening. We also help to develop new services.  These include:  improving the hospital’s community health services,  a new radiology department, supporting new laboratory equipment to improve diagnostics and improving surgical facilities by opening two new operating rooms. 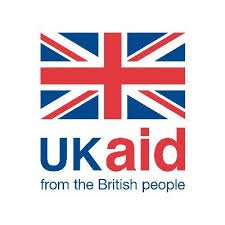 At one of the mobile clinics, taking place only a stone's throw from the resort where the luxury cruise ships dock, the team saw a 4 year old boy.  He looked tired and thin and was unable to walk, so he was being carried by his Mum.  He had sores on his skin, which was unusually pale and unhealthy-looking. He had patchy, discolored hair and his feet were extremely swollen.

One of the nurses remembered him from a previous mobile clinic when he had been sent to be admitted into an inpatient malnutrition program in the city of Cap-Haitien. He had stayed at the program for a week but his mother had 4 other children at home, 4 other mouths to feed and no husband. So after a week, she had no choice but to take him out of the program and, instead, took him to relatives in the countryside, in the hope he would improve.

A few months on, he was markedly worse and desperately in need of medical help - often not possible for Haitians living in poverty. This time, HHA were able to get the boy a place on a malnutrition program where he would receive free treatment.

To be able to go into the poorest and remotest communities is vital, to reach those who may otherwise not receive any medical care. That day, a boy's life was saved.